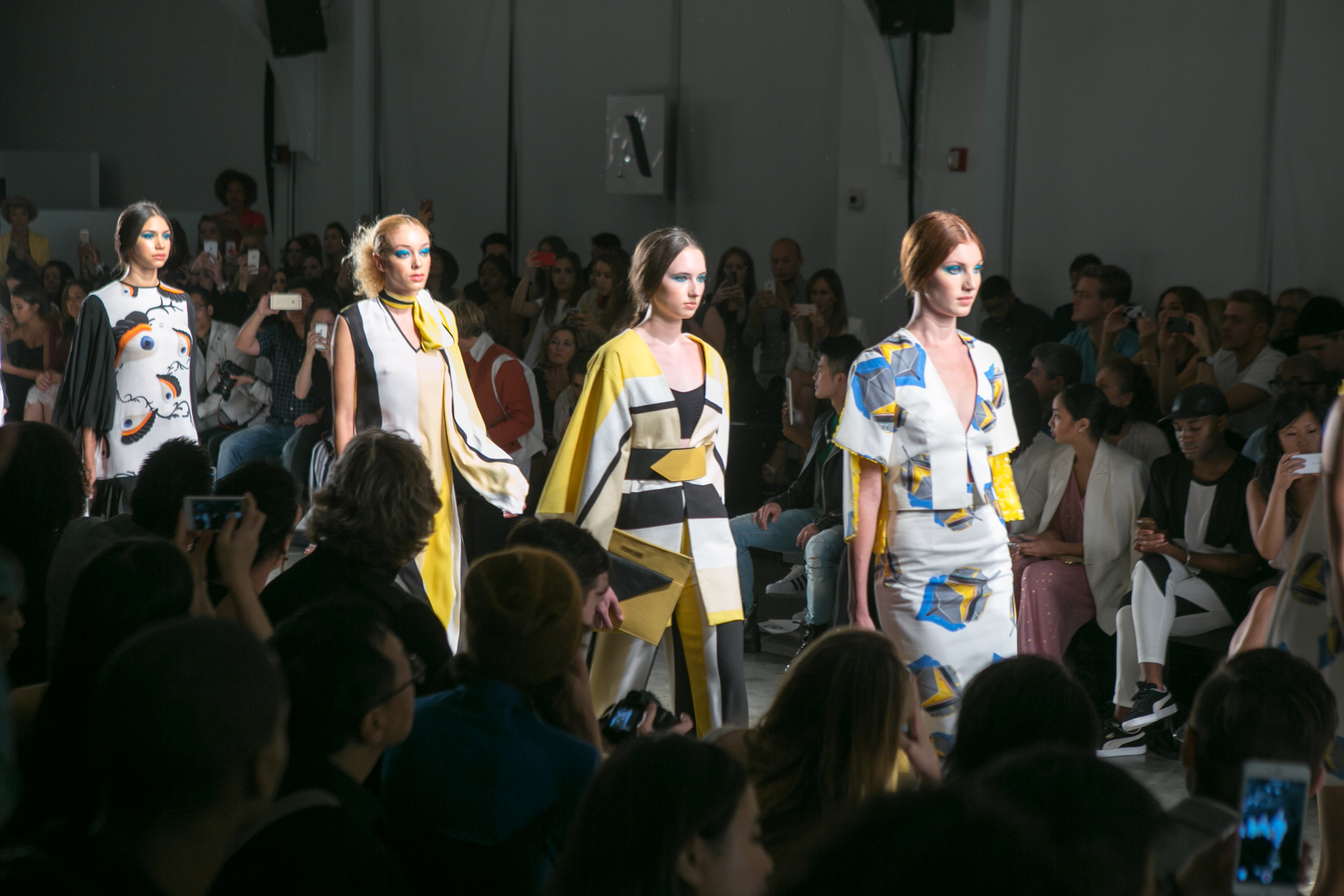 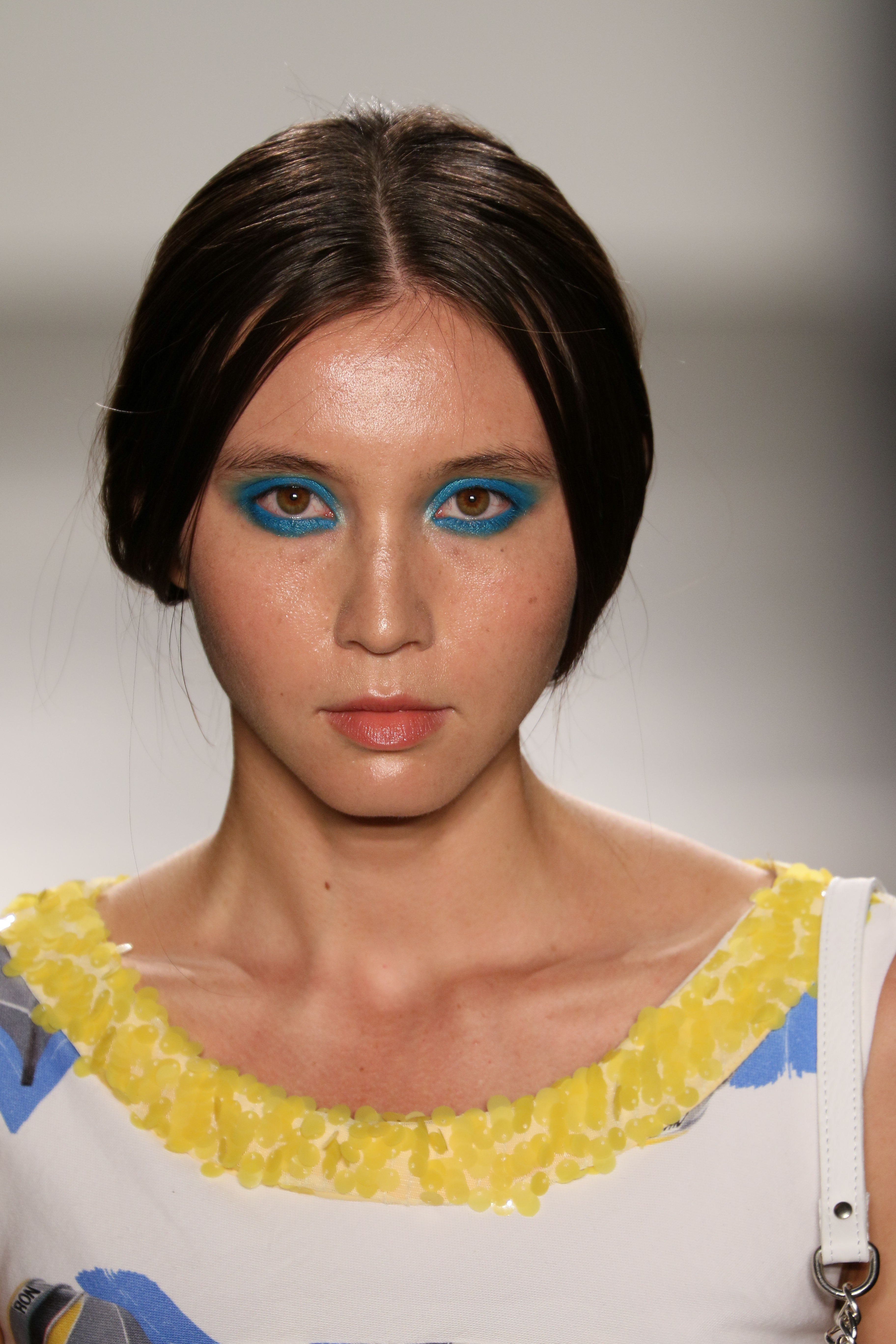 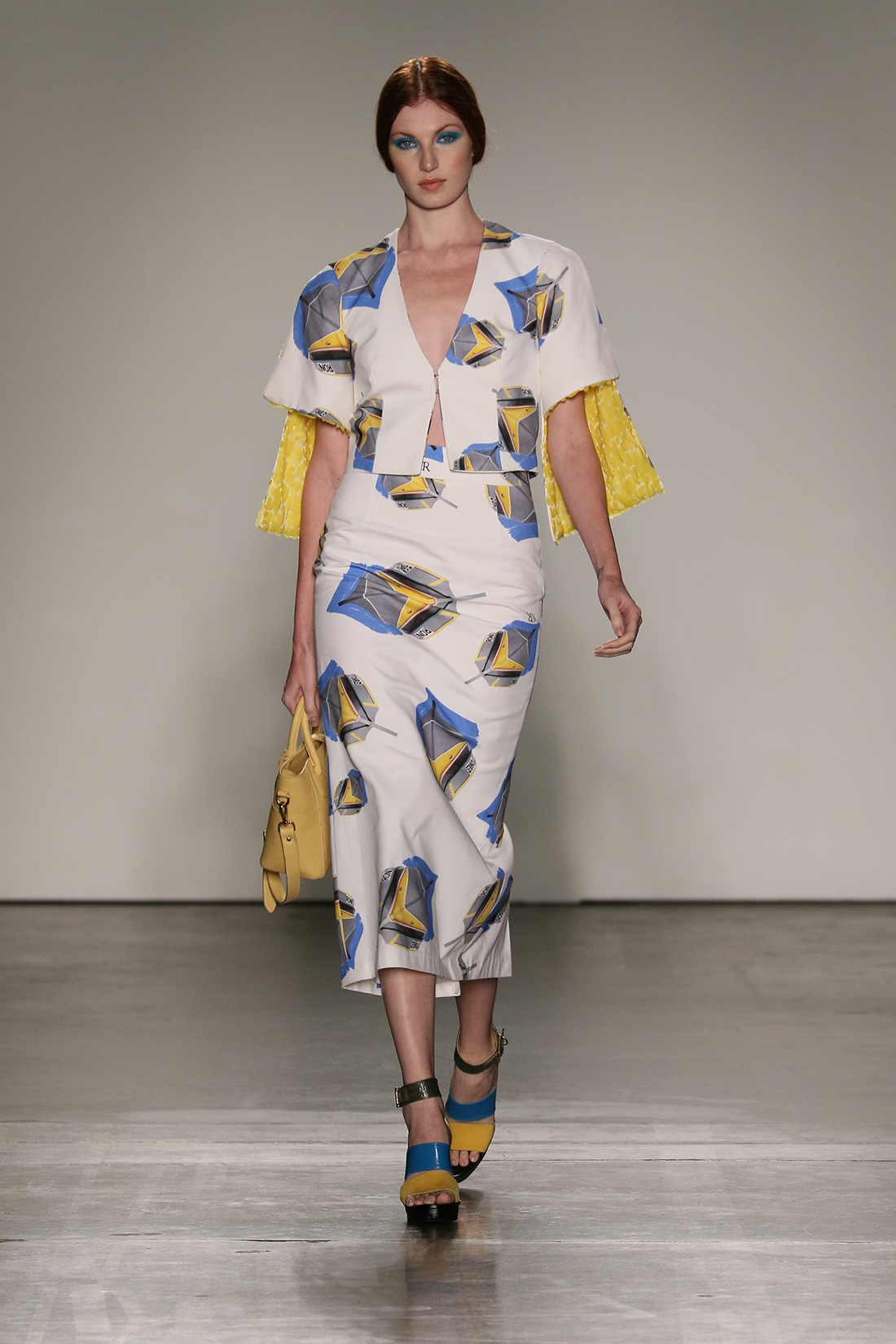 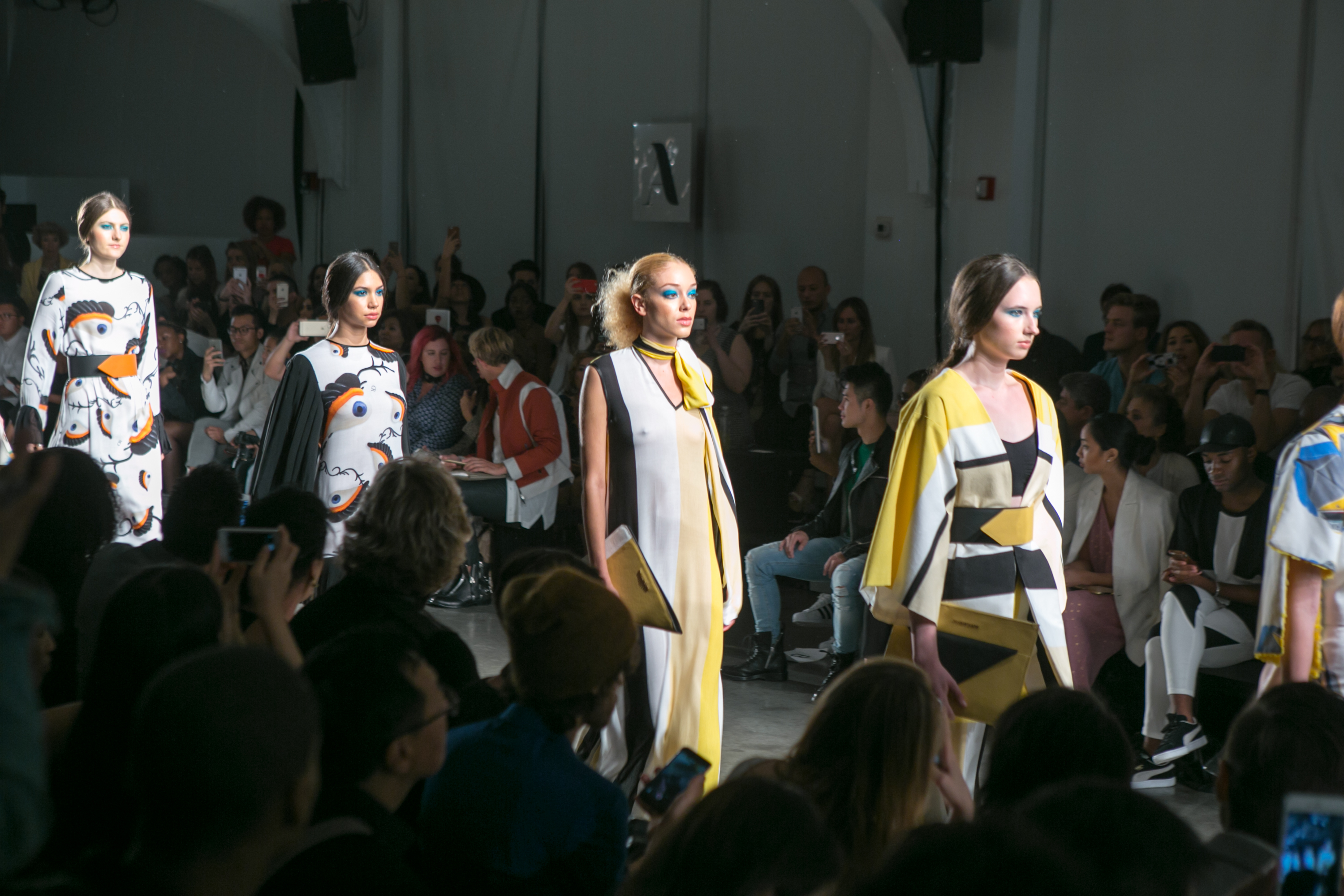 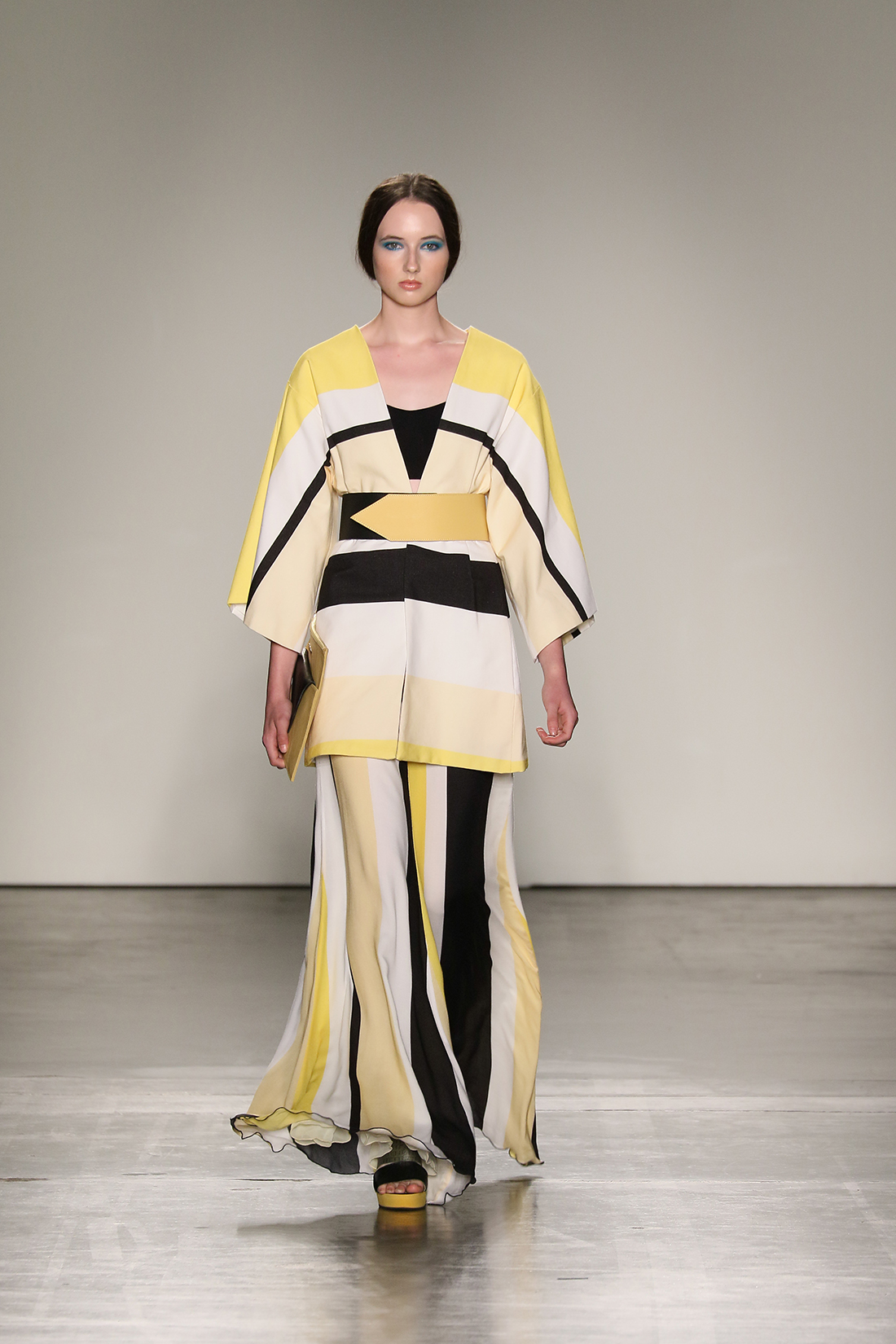 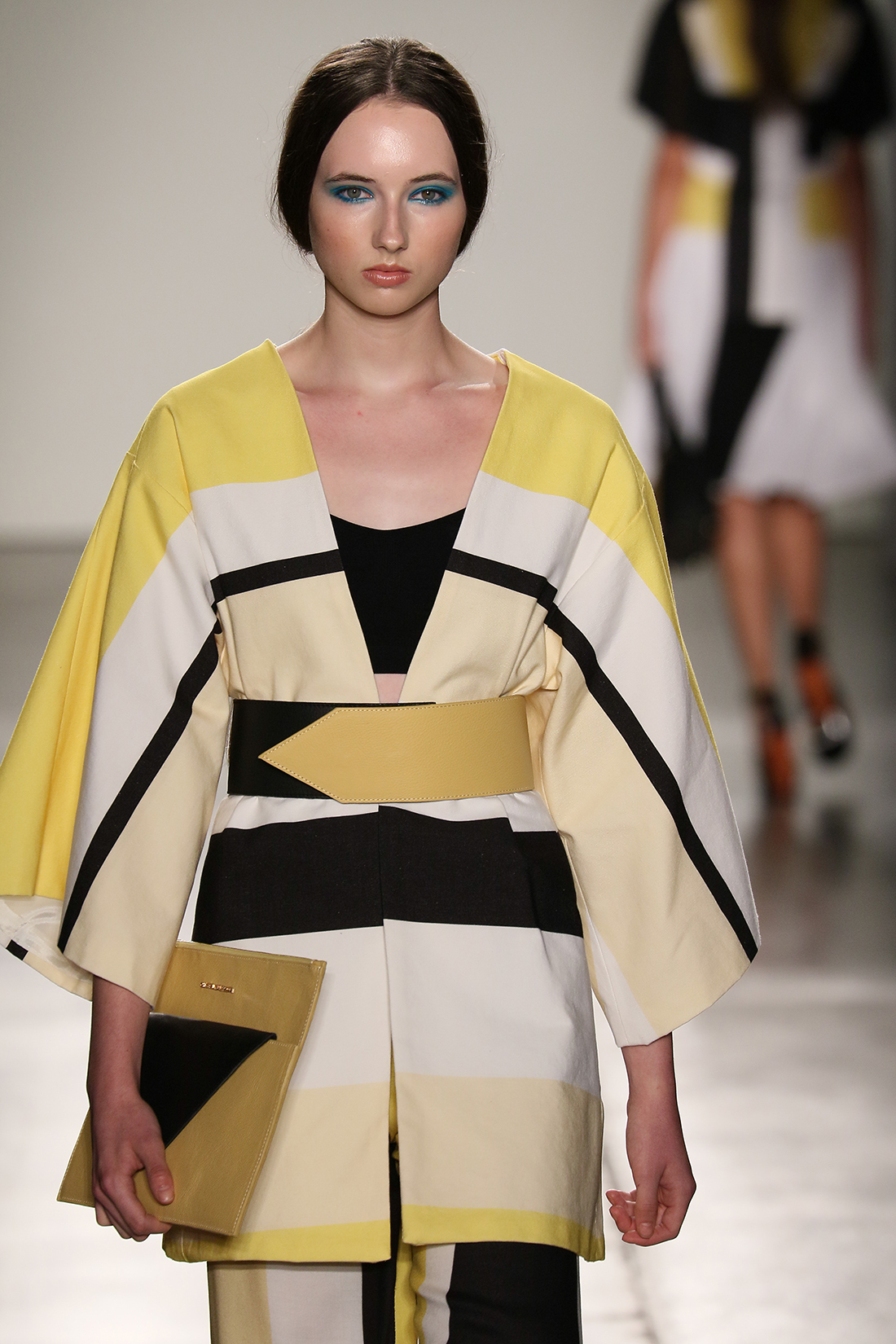 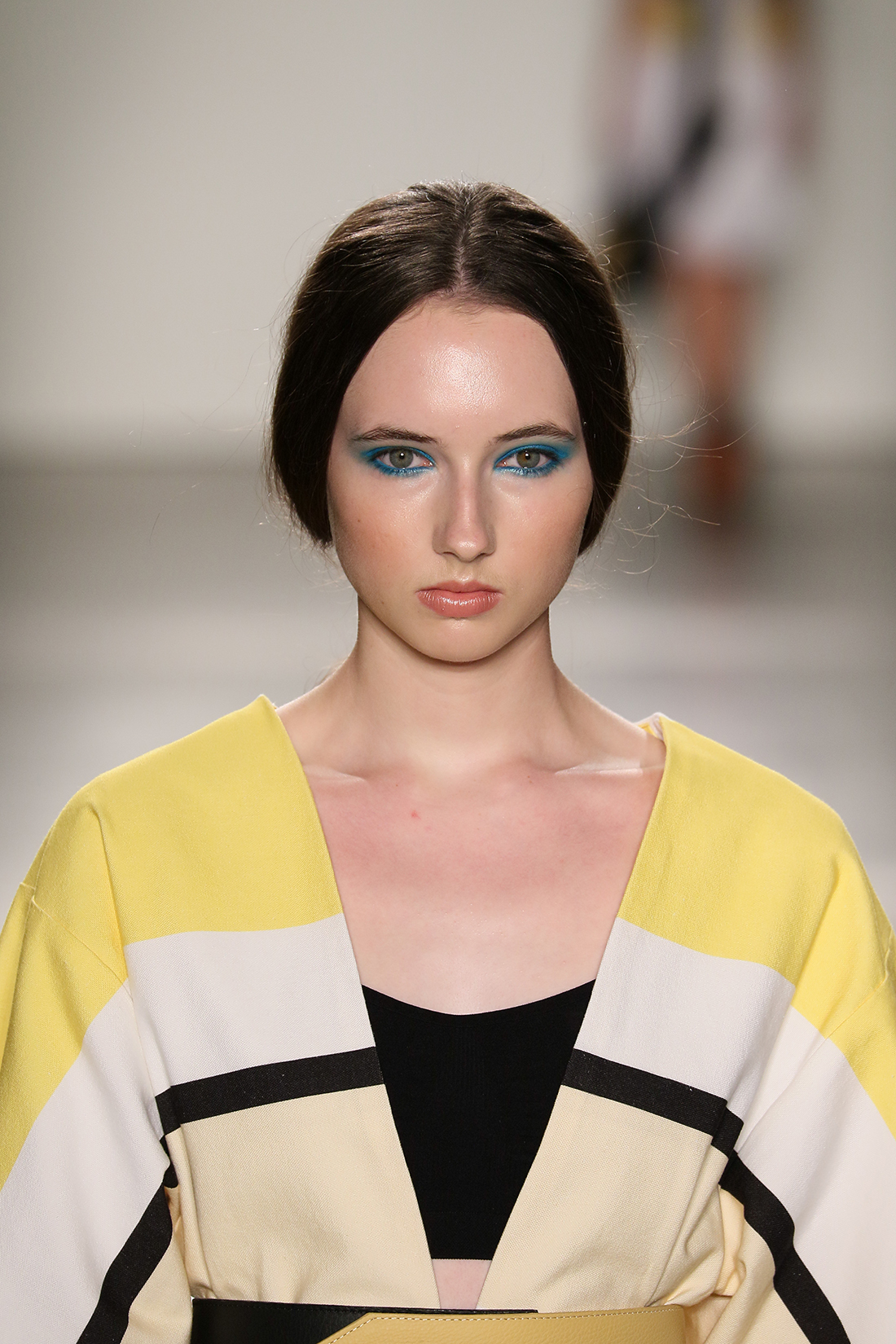 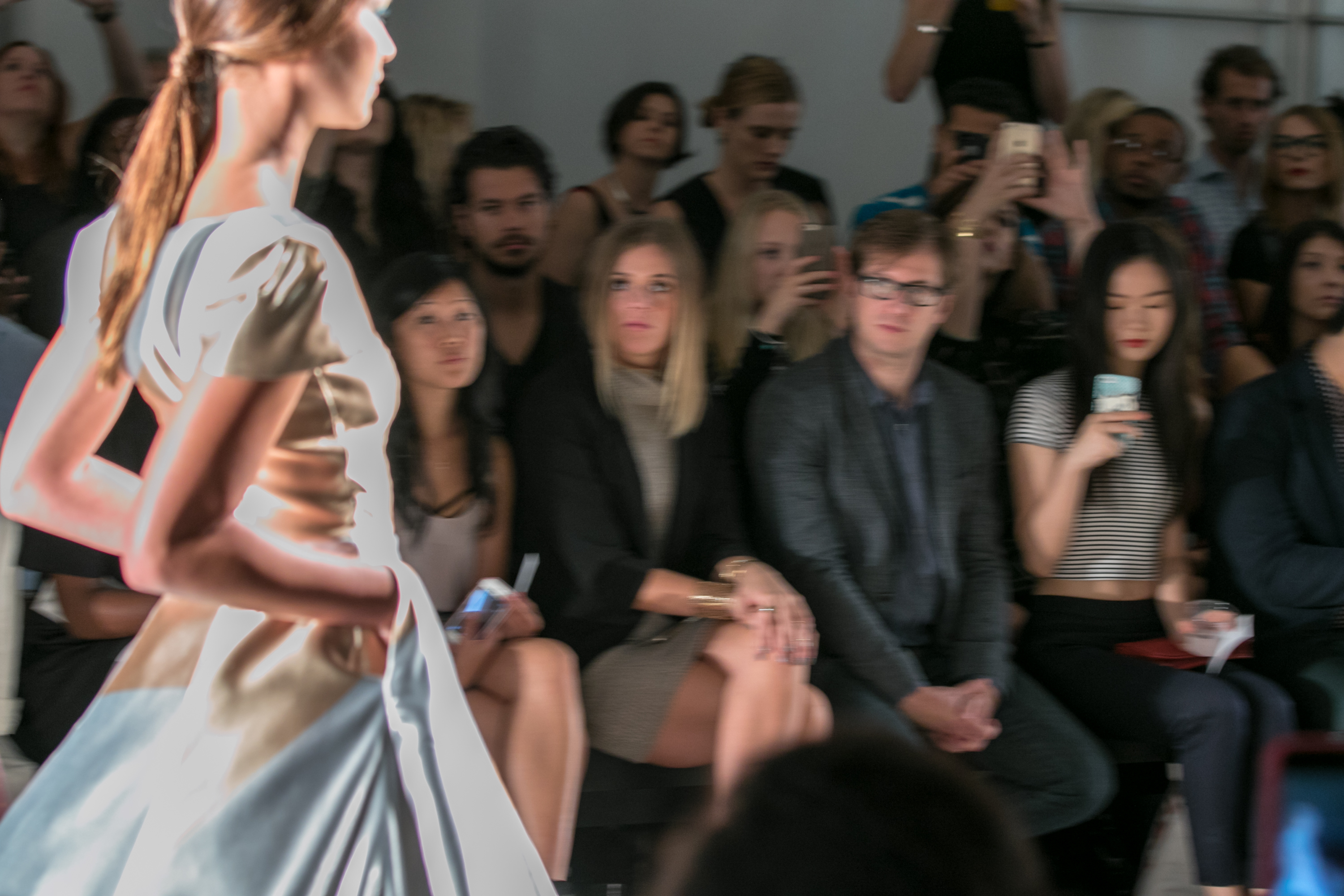 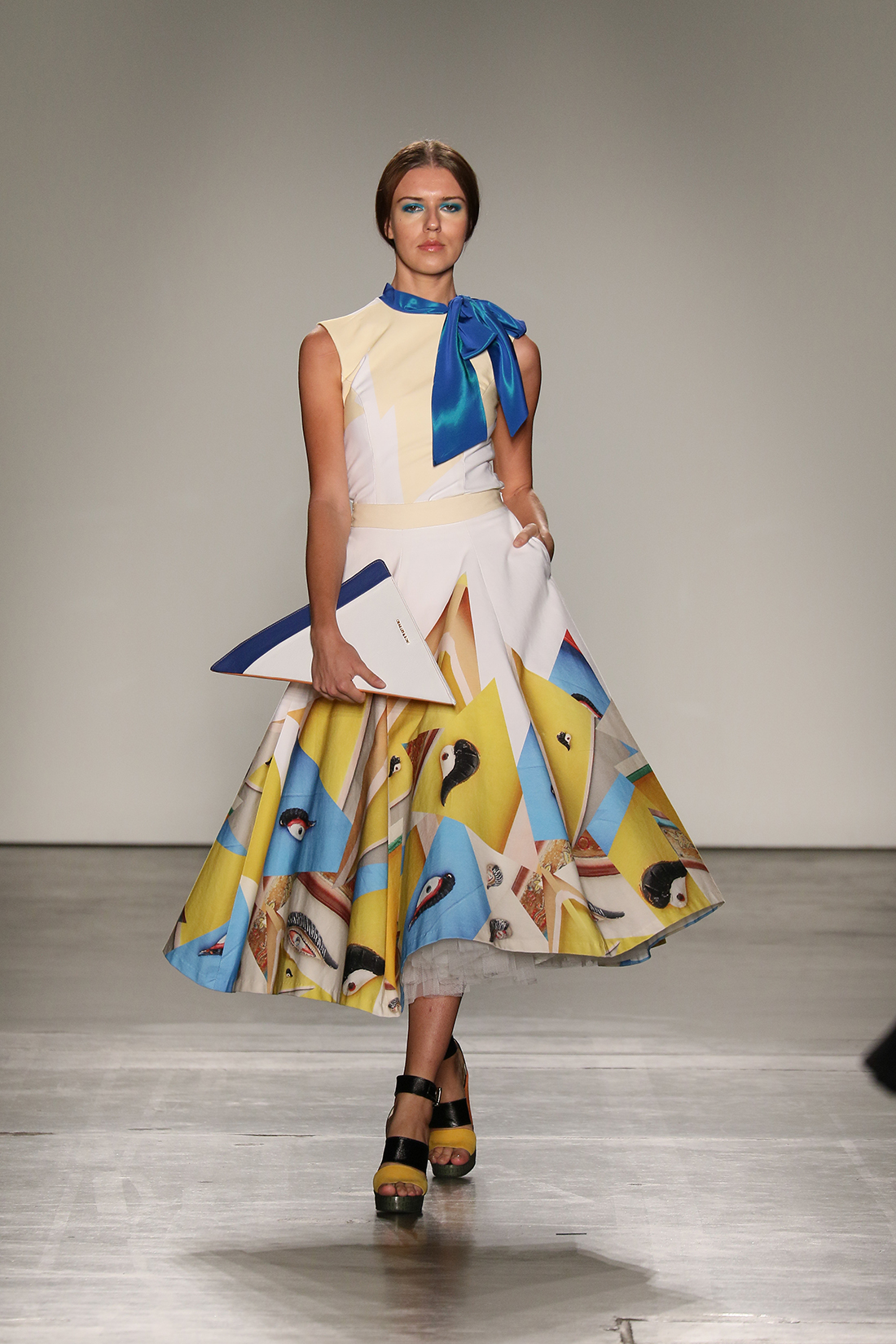 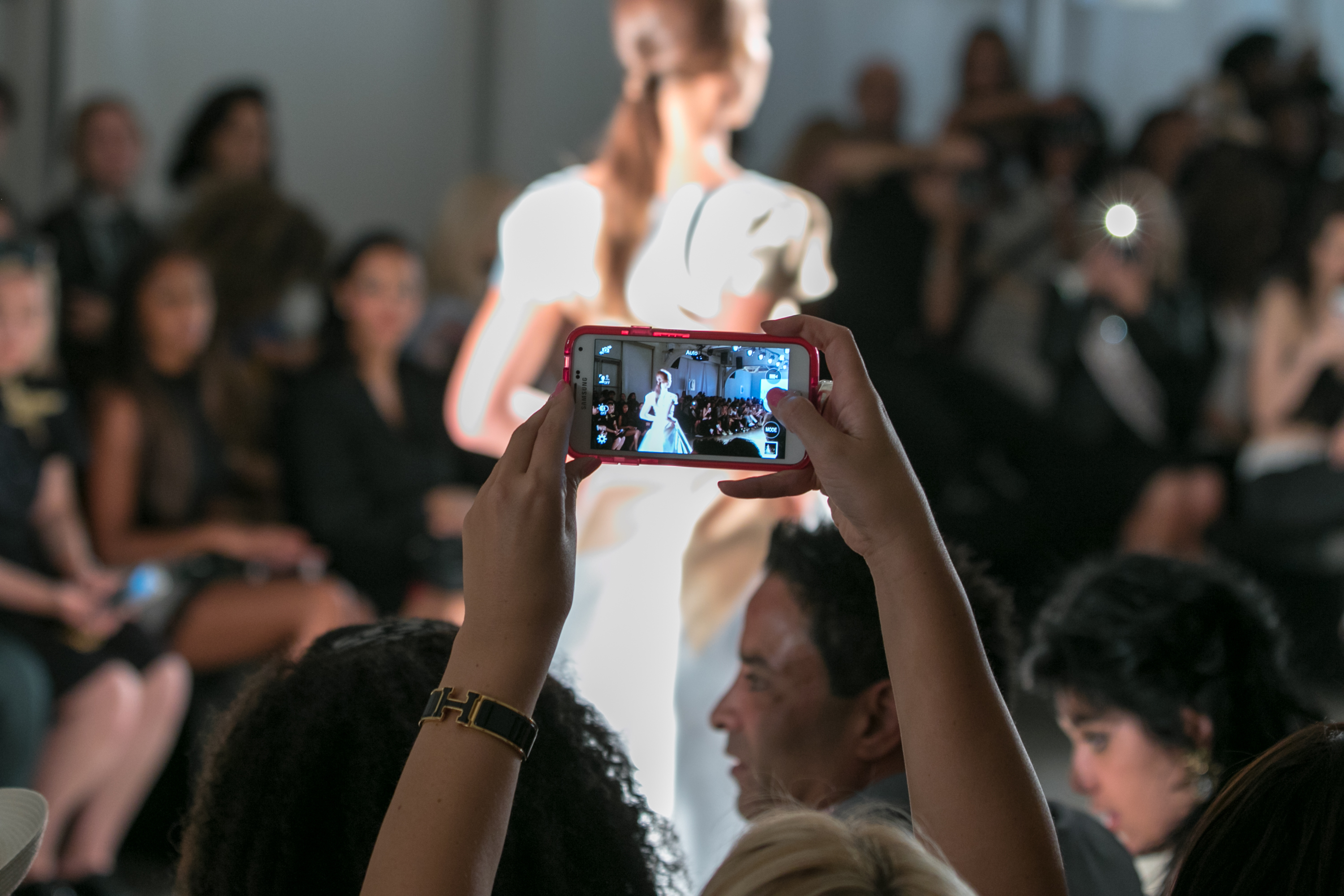 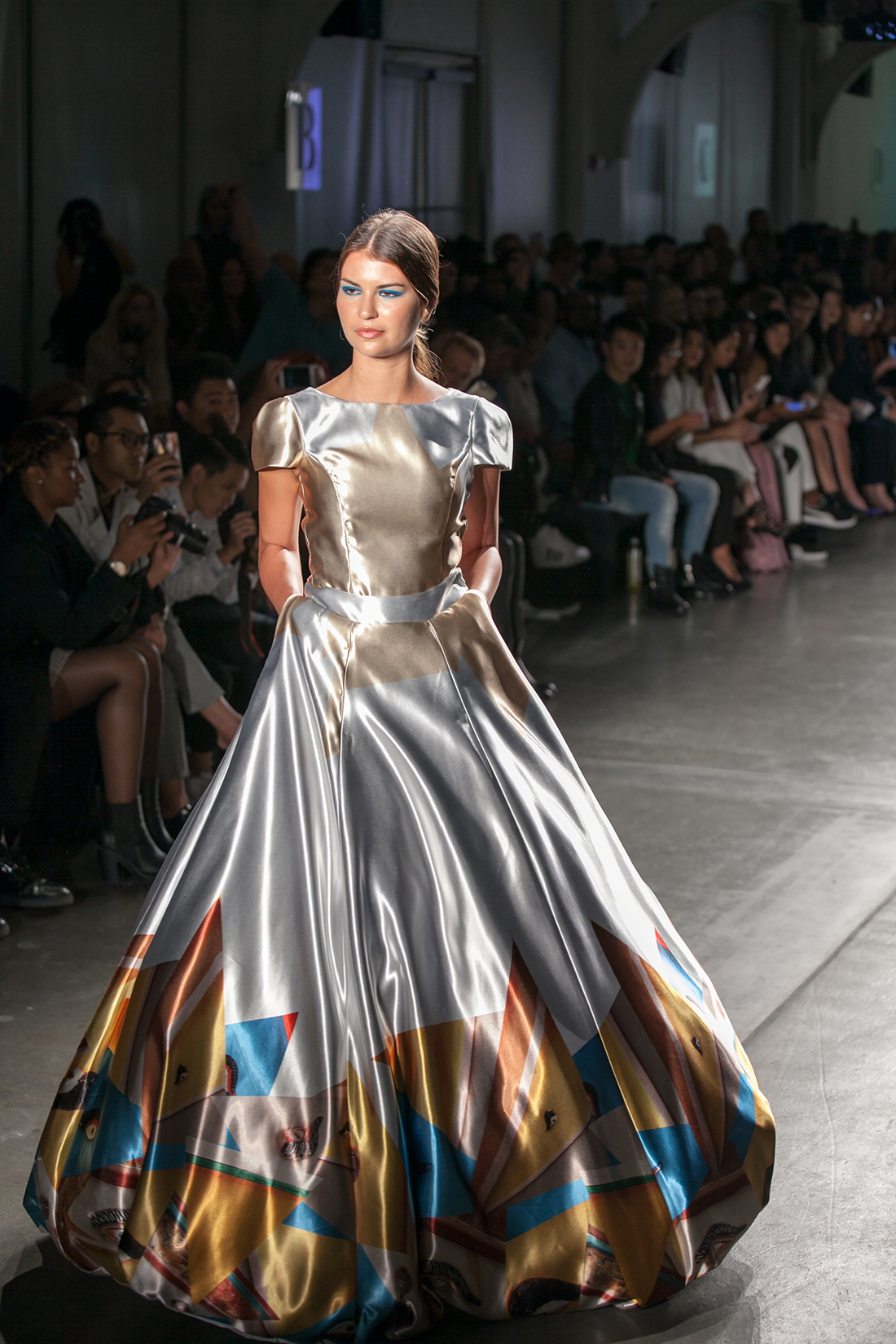 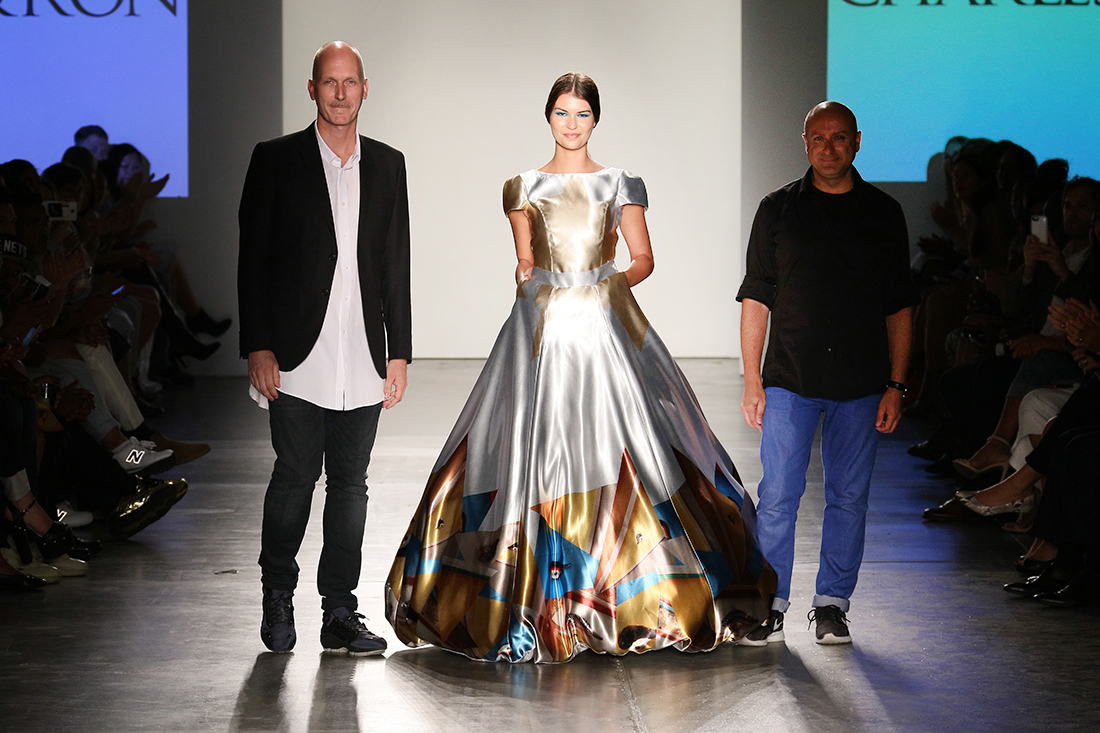 a shining beacon transporting the wearer to a sunnier, happier place—Pantone

I have been following Charles & Ron for a while now, so I was very excited and flattered to be invited to their SS 2016 collection for Nolcha Fashion Week. The pair showcased their collection on September 13th 2015 at Pier 59 Studios with the Nolcha shows which are held during New York Fashion Week. The show took place in the evening and luckily it had cooled off a bit. The Pier 59 Studios are located at Chelsea Studios and is stones throw from the High Line Park. Not wanting to do a repeat performance of the last event I attended in which I attempted to take public transportation in ninety degree weather—this time around I was taking a car service. I was bit stressed about this as I have a bit of a taxi phobia, I just don’t feel in control and find the whole hailing a cab, giving directions thing a bit overwhelming and annoying. But my coworker convinced me to try Uber, which I had considered before but always envisioned it as being another ordeal with a pitfall of problems. But, I must say, it was a completely seamless and pleasant experience and I will certainly be using this car service again. So needless to say I arrived to the show in plenty of time and was cool and collected. Unlike last time when I was an irritated, sweaty and frazzled mess.

After waiting for about twenty minutes we were escorted to our seats, and I was lead to the second row—not bad right? With my phone at the ready I waited excitedly for the show to begin. With load throbbing dance music, the models took to the stage and revealed an eye catching and refreshing collection. Based in Malta, Charles & Ron cite their home country and heritage as major influences in their work. For the SS 2016 the collection featured a striking graphical motif that is based on the traditional Maltese fishing boat known as the “Luzzu”. When the Luzzu is at sea, an evil eye fights off the bad spirits and this evil eye could be seen featured in a pattern on a number of pieces.

The palette also reflected the Mediterranean influence in Buttercup Yellow, Granda Sky Blue and Tangerine Orange and was balanced by crisp black and white and a soft sand color. The Charles & Ron color palette was even included in the Pantone 2016 color forecast in which they described the signature yellow color for this collection as “a shining beacon transporting the wearer to a sunnier, happier place.” Flouncy frocks in retro cuts and flowing feminine maxi dresses and bell sleeved mini dresses in silk satin and viscose Crepe swished down the runway in striking patterns with ruffled trim and sleeve details. Color blocking, stripes, and abstract patterns dominated with solids noticeably absent. Also included in the collection are hand-crafted leather bags with a stand out being a lovely yellow and black clutch with a striking triangle detail that was also repeated in a number of the belts. From the sunny yellow to the flowing feminine silhouettes to dreamy ruffle details, this is a beautiful collection of distinction and grace.

Backstage at Chiara Boni SS 2016 with Aveda at NYFW

Gucci Fall/Winter 2020/2021 A Most Memorable Masterpiece.

Consumer Burnout, Exploitation and the Dark Side of That Glowing Complexion.